Alex: I can't take my eyes off it. You shouldn't, either.

Haley: Hey, guys! Now the party's started. Come on! How are you?

Haley: [in a low voice] You disgust me. Are you hungry?

Manny: Oh, good. It's still in one piece. You hit those potholes pretty hard. It's like you didn't see 'em.
pothole [ˈpɑtˌhoʊl]: a large rough hole in the surface of a road that is formed by traffic and bad weather 路面坑洞

Manny: Can I be honest with you, Jay? I'm getting the sense that you're not the biggest fan of "Allegria"?

Manny: Well, but my Mom said it was…

Manny: What do you mean?

Manny: All I hear is a bunch of people telling me I'm great.

Jay: And that's a problem, because a lot of times people will lie to you to protect your feelings, and that's
not doing you any favors. You get a lot farther in life if you know what you're good at and what you're not.
Now you can handle that, right?

Jay: Of course you can. How you doing, honey?

Claire: Okay, everybody, come on! Two minutes till dinner! Get ready! [cheering] Oh, wow, Manny. What
have you got there?

Gloria: He made a centerpiece!

Gloria: No, no, no! What are you doing? It's so beautiful!

Manny: Stop the lies. Jay told me the truth.

Gloria: What did you say?

Jay: I mentioned it wasn't his best effort.

Manny: He said it was a swing and a miss.

Gloria: Why?! Why do you say these things, Jay?! It's like I married my mother!

Cameron: Jay, why would you do that?

Phil: Because he's a Pritchett. But don't let these negative nellies drag you down, Manny, because one day
you could have a trillion-dollar idea that the people who supposedly love you most…
nelly ['neli]: a silly person 傻瓜
trillion [ˈtrɪljɛn]: 1,000,000,000,000; one million million 一万亿

Claire: Okay, Phil! That's it. Go get the head-scratcher.

Claire: Go get it, and let everybody else decide how many trillions I've cost you.

Phil: Way ahead of you.

Phil: We are about to make hat history. Or as I like to call it, "hatstory." Early man had hours and hours to
scratch his weary head. But what about today's busy times? Thank you, squire. Great thing about this?
You can wear it anywhere. Hit it, buddy. Oh! It's like a thousand tiny angels are line dancing on my sca…
I… it looks like we got a slight malfunction in a rear nogginizer. Oh! Shut her down! Shut her down, buddy!
early man: 早期人类
weary [ˈwɪri]: very tired, especially after you have been working hard or doing something for a long time 疲倦的；困
乏的
malfunction [mælˈfʌŋkʃən]: (of a machine, etc.) to fail to work correctly 故障；机能障碍；功能障碍

Luke: It's not working!

Phil: My hair! It's got my hair! Okay! Fine. That… I'm fine. Forgot about that feature. It's an exfoliating…
scrub. Buddy, can you grab the safety shears?
exfoliating [eks'fəulieitɪŋ]: 脱皮的
shears: (plural) a garden tool like a very large pair of scissors, used for cutting bushes and hedges 大剪刀

Cameron: You know what, Phil? Keep it up. And I admire you and Manny. I know what it's like to stare down
skepticism from a loved one.
stare down: 使动摇，使屈服
skepticism ['skeptisizm]: an attitude of doubting that claims or statements are true or that something will happen 怀疑
态度

Cameron: Why not now? It's Thanksgiving. Families gather. Issues come up.

Jay: Only if you bring them up.

Cameron: It's healthy to get things out in the open. Y'all know my punkin chunkin story, or do you need a
refresher?
refresher [ri'freʃər]: 帮助记忆的东西

Gloria: I love it. With Cody and the friends?

Cameron: Yes. So you know how it ends. But the question is, who here thinks I made that up?

Cameron: Oh. Well, doesn't that tell the whole story right there? Here we have the skeptics, the
dream-squashers… the Pritchetts. And here we have the dreamers, the artists, the visionaries.
skeptic [ˈskɛptɪk]: a person who usually doubts that claims or statements are true, especially those that other people
believe in 怀疑论者
squash [skwɔʃ]: to stop something from continuing 压制；镇压；粉碎
visionary [ˈvɪʒənˌɛri]: a person who has the ability to think about or plan the future in a way that is intelligent or shows
imagination 有远见的人；愿景家

Jay: So we're supposed to believe that you make a-a pumpkin fly across a football field.

Cameron: I can prove it to you right now. Let's go to the football field.

Mitchell: Yes! Let's do this. I'd love to end this.

Claire: No, no, no! I did not just cook for eight hours so you people could run off to prove some asinine
point that's only gonna make half of us feel bad! Come on! Show a little respect.
asinine [ˈæsəˌnaɪn]: stupid or silly 愚蠢的；愚顽的

Cameron: When I say "Pumkin", you say "Chunkin."

Luke: This is the coolest thing ever.

Manny: Hey, Cam, are you sure this is going to work?

Luke: Do you think this could launch a human?

Jay: They're having fun over there, but you know it's gonna end in tears.
end in tears: 会有不愉快(或痛苦)的结局；有苦果

Claire: Knock-knock. Who's there? Physics.

Luke: Who's gonna be able to launch it?

Phil: I think it should be Cam!

Cameron: Oh, no! I think it should be all of us!

Claire: For the record, I don't squash all of Phil's dreams, just the ones that are, you know, potentially fatal.
fatal [ˈfeɪtəl]: causing disaster or failure 毁灭性的；灾难性的

Jay: I'm just trying to get the kid ready for life.

Mitchell: Yeah. Yes, i-if we didn't do this to them, the world would.

Phil: Get ready to eat some crow!
eat crow: to say and show that you are sorry for a mistake that you made 被迫做丢脸的事(如被迫承认错误，被迫收回
成命等)；低头谢罪

Luke: Can we do it again?

Gloria: No, we only had one pumpkin, and we just chunk it.

Jay: Well, we were right.

Claire: This usually feels a little better, doesn't it?

Mitchell: All right. I-I hate to admit it, but when they put the pumpkin in, I was kind of hoping it would work.

Jay: You know, it was a pretty good try.

Phil: We don't need your pity. Let's just get this stuff cleaned up.

Mitchell: Well… or if-if maybe we, um… we launch it from a steeper angle?
steep [sti:p]: (of a slope, hill, etc.) rising or falling quickly, not gradually 陡峭的；陡直的

Jay: Then… maybe if you had somebody else you know, helping you pull the thing.

Luke: But we don't have any more pumpkins.

Mitchell: Come on. Let's try one.

Manny: Maybe if this works, we should launch my centerpiece next.

Jay: It wasn't that bad.

Manny: Your rice pilaf was.

Cameron: You see, the dreamers need the realists to keep them from soaring too close to the sun. And the
realists… well, without the dreamers, they might not ever get off the ground.

Mitchell: Okay! Next one's going through the-the goal thingy, I can feel it!

Cameron: Now when Lorna, Cody, and I did this, it was…

Alex: Mom, I need to tell you something.

Claire: What is it, honey?

Alex: I distracted Haley while she was driving, and we dented your car.

Claire: Well, girls… three more seconds, and you would have gotten away with it. 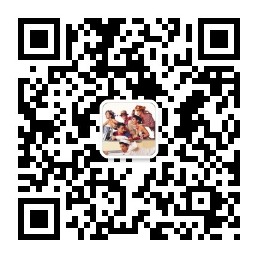